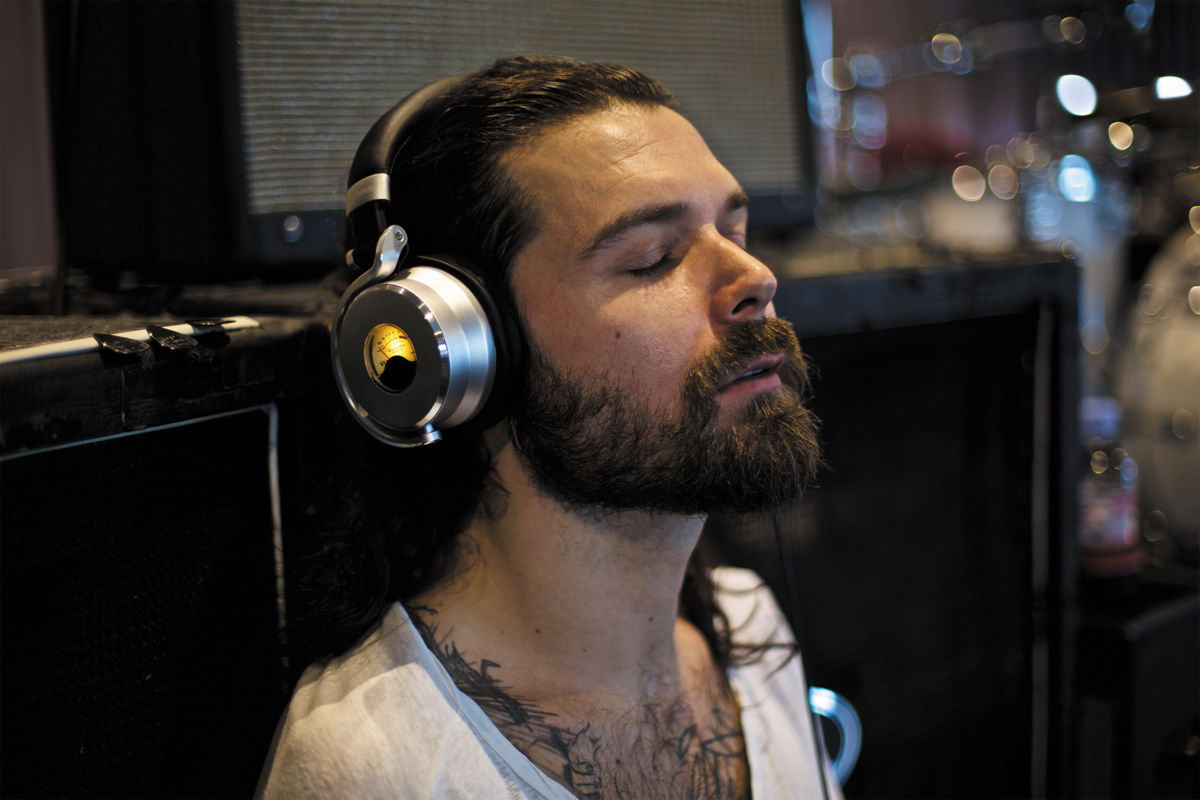 Simon and all the Biffy lads have had a relationship with the Meters team for some years now, under Meters parent company Ashdown engineering. So when they were asked to take a look at the OV-1s, the band were definitely up for it. The Meters team went to catch up with the band whilst they were practicing, armed with some OV-1s.

Biffy took some time out of their busy practice to try out the Meters OV-1s. The whole band were enormously impressed by the depth and clarity of the tone and the unique design of the OV-1 headphones.
Featured Video
Biffy Clyro - Mountains
Check out the OV-1B range below...